Theosophy and Science by Petra Meyer

In the Secret Doctrine Madame Blavatsky made a very precise prediction, that by the year 1897 materialistic science would receive a death-blow – but was she right? There is every indication that she was. 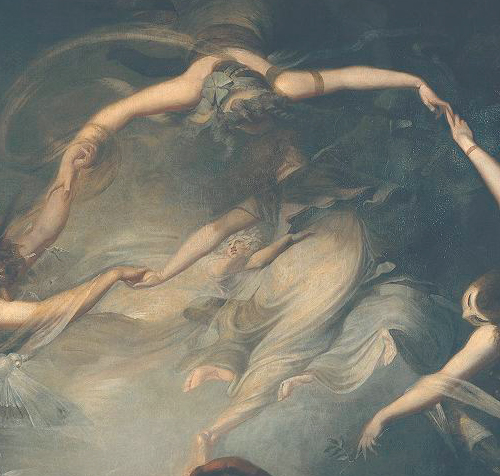 Exactly in that year 1897 the English Physicist Joseph J. Thompson discovered the first sub-atomic particle, the electron, and out went the theory of an atom as being an indivisible solid building block of matter.

From then on one discovery after another followed in short succession during the 20th Century, and especially the initial insights into the sub-atomic world at the turn of the 20th Century shook the foundations of physical science, which made the first pioneers of quantum physics, like Werner Heisenberg, exclaim:

“The reality we can put into words is never reality itself. The first gulp from the glass of natural science might turn you into an atheist, but at the bottom of the glass God is waiting for you”

In the Mahatma Letters we can read, that science will become the best ally for metaphysical sciences, which is also confirmed by the Maha Chohan, a Sanskrit term for the Chief of a spiritual Hierarchy of the trans-Himalayan mystics or Adepts, who wrote:

“The doctrine we promulgate, being the only true one, must – supported by such evidence as we are preparing to give – become ultimately triumphant, like every other truth. Yet it is absolutely necessary to inculcate it gradually, enforcing its theories – unimpeachable facts for those who know – with direct inference, deduced from and corroborated by the evidence furnished by modern exact science”.

In part one of the SD the law of cyclic mental and physical evolution as a natural sequence is outlined, the law of descent into materiality, and re-ascend into spirituality. It is the love of nature for divine form, or the Marriage of Heaven with Earth we are told. But that is not without its dangers. By sinking more and more into denser planes of materiality, the memory of Man’s divine origin gets clouded and lost,  he becomes enraptured with his own beauty says the SD, mirrored in Nature – Spirit attracted into Matter.

This illusion has to be conquered by the development of self-consciousness, Paramartha in Sanskrit, the self-analysing reflection, to overcome Samvriti, the false conception, which is the origin of  illusion or Maya.

This idea is supported by the late John Wheeler, Prof. for Physics at Princeton University/New Jersey, who also starts with the assumption, that information is at the root of all existence. We are just looking at the physical phenomena around us, but its essence or information is stored within. This information in connection with matter sprang into existence when the Universe observed itself. He calls this a participatory Universe, made possible by our very existence.

It is the capability of analysing our environment as well as ourselves by a self-conscious mind, developed through aeons of cyclic evolution as taught in Occultism. The driving force behind it is what ancient esoteric philosophy calls Fohat (tibetian term),  a radiation of an underlying energy-field, which is called Svabhavat in Buddhist terminology. It is force in motion, the MLs tell us, ever generating its electricity which is life, becoming Fohat when manifesting throughout our phenomenal world or visible Universe – electricity and magnetism. 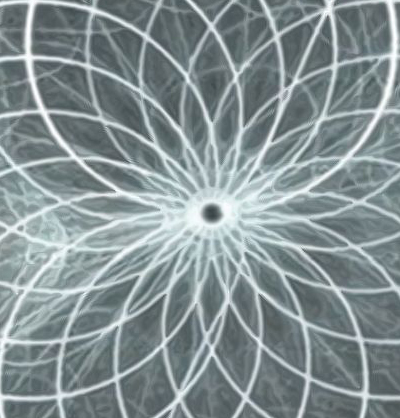 This bipolar energy awakens Kosmos at every new period by its centripetal and centrifugal forces. Fohat scatters himself while scattering matter into atoms, hardening the atoms, the SD tells us, including the impress of ideas from the Universal Mind and intelligence. The ancients represented it by a serpent, for Fohat hisses as he glides “hither and thither in zigzags”.

This is confirmed by modern science due to the discovery of the famous Higgs-Boson by the Large Hadron Collider in Geneva. Brian Cox and Jeff Forshaw, both Profs. of Physics at Manchester University, explain it like this:   Heavy particles tend to be described by path with lots of zig-zagging. This seems to suggest, that:

Heavy particles really ought to be massless, zig-zagging their way from A – B. The amount of zig-zagging is what we identify as “mass”. This is due to the discovery of the Higgs-Boson, that new illusive particle others bump into on their way through the Universe, being deflected by it, which causes the zig-zagging and the emergence of “mass”.

The SD further tells us, that the whole Universe is contained in the first natural point, emerging in the white disc as shown in the Proem. This is also confirmed by science.

Michio Kaku, Prof. of Physics at City University in NY says, that the Big Bang was not big, since it originated from a tiny singularity, smaller than an atom, and Prof. Brian Greene from Columbia University in NY says, “as we devolve the Universe backwards toward the beginning, the squeezing together of all material contents means, that all  space is shrinking, it affects the whole Universe, not something just within the universe, that there is simply no space outside the primordial pinpoint.

Another important expression HPB wants us to remember is “knots”. Fohat, the primordial energy, runs down through seven planes of density, tying itself on its way into knots. Big knots form stars, suns and systems, the smaller ones planets, she says.

The variations of forms in Nature are the broken rays of the One Ray, braking down into millions of rays to the world of form, each an intelligence of its own, vibrating on its own level according to the musical scale and the spectrum of colour.  Akasa (or divine space) has only one attribute – Sound – or a play and interplay of sounds loud and faint, inter-blending in a marvellous symphony.

Quantum physics speculates upon the same subject in string-theory:

Michio Kaku says, that we must allow for the possibility, that space-time ties itself into knots, and that the “heart” of an electron for example is not a point particle, but an extremely tiny string. If we were to pluck this string, the vibration would change, the electron might turn into a neutrino or a quark. It could turn into any of the known subatomic particles we know, because they are but different notes on a super-string and not fundamental, only the string is – the Universe can now be seen as a vast symphony of strings.

And Brian Greene says, that the stuff of all matter and forces is the same. Each elementary particle is a single string, and that they are all identical, becoming different only when they undergo different resonant vibrational patterns, like different notes on a fundamental string, and since the Universe is composed of an enormous number of these vibrating strings – it is akin to a cosmic symphony.

To close with the words of the SD: Nature runs down and disappears from the objective plane only to re-emerge again after a time of rest out of subjectivity, and to re-ascend once more on a more perfect plane after every Pralaya or rest. The countless Globes which evolve again are being rebuilt from old material into  new forms. The previous Globes, which had disintegrated, re-appear once more, transformed and perfected for a new phase of life.

Science calls it the Big Bounce, a cyclic repetition of the Big Bang, where the first cosmological event was the result of the collapse of a previous universe.

Man ought to be ever striving to help the divine evolution of  Ideas says the SD, by becoming to the best of his ability a co-worker with Nature in this cyclic task.

SD I in chronological order as used in the text: